The 15 Best Haunted Houses in America! 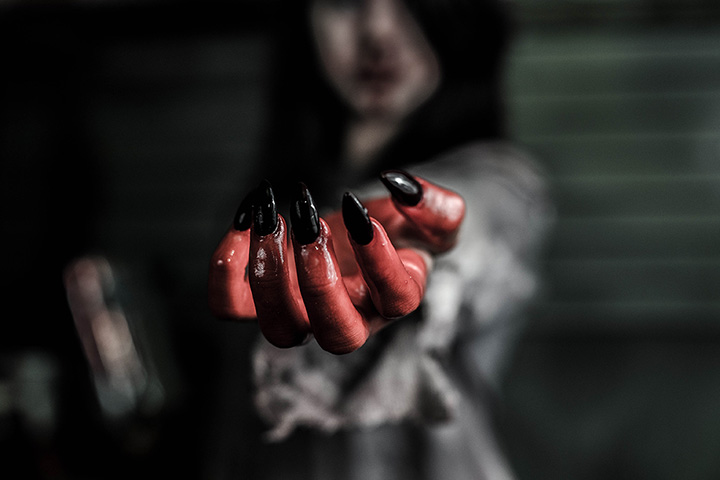 The mazes and trap doors created by ancient Egyptians to protect their most prized treasures are some of the earliest examples of spaces designed to scare people off.

Haunted attractions didn't start brewing in the U.S. until the late 1960s and early 70s. The Jaycees haunted houses, run by local chapters of Junior Chamber International (JCI), are regarded as some of the very first haunted houses in America.

Since then, the public's insatiable hunger for fear has spread like an epidemic. There are thousands of haunted attractions in operation all over the country, with a typical haunt attracting 8,000 guests and some drawing over 60,000, according to America Haunts.

With so many to choose from, it can be hard to pick just what spooky spot is your favorite. Here are the 15 best haunted houses in the U.S.

The story goes that a murderous janitor named Charlie took the lives of school children who attended Dent. Now, guests are invited to walk the gruesome halls of this schoolhouse where the spirits (and corpses) inhabit the space. Featuring corpses piled high in the cafeteria and giant dolls roaming the nursey, this Ohio haunt is sure to give you the creeps.

Featured on the Discovery Channel, Huffington Post and Travel Channel, the House of Torment in the Windy City features multiple attractions that will get your heart racing. Check out Nightmare High, where you can run from a zombie cheerleader toting a machete. After that, step inside the Frenzy, where the streets are overrun with "bandits, rioters and murderous maniacs" looking only to wreak havoc. This place is essential those who love a good scare.

This may just be the most frightening motel you've ever seen. This haunted attraction in Philadelphia features high-tech special effects and a spine-tingling soundtrack to go with it. One of the most well-known aspects of the haunt is the hayride, which is a 20-minute terror fest filled with monsters and maniacs. The hayride has been featured on Travel Channel and was ranked the No. 1 Haunted Attraction in America by Hauntworld Magazine, USA Today, and other notable publications.

Before becoming a haunted attraction, the space that now holds Erebus was abandoned for 50 years and before that, it was a four-story parking garage. That space was transformed into one of the biggest haunted attractions in America. In fact, Erebus held the Guinness World Record for largest walk-through haunted attraction from 2005-2009. Don't miss out on this spooky spot promising "underworld giant monsters, bottomless pits and crushing walls," according to Travel Channel.

What makes Netherworld so special is that at the time of its creation in 1997, it was one of the only haunted attractions following its own original theme (rather than one from a slasher flick). This has since become commonplace in the world of haunted entertainment. This attraction is endlessly creative and that is vital when there are over 1,200 professional haunted attractions in the country. With realistic animatronics, insanely-detailed makeup, this warehouse-sized haunt is sure to elicit some screams.

The 13th Gate will make you question what's real and what's just for show. This 30-minute walk with 13 different themed spaces is described as "one of the most detailed haunted houses in existence." There are over 200 professional actors roaming the space with one goal: to absolutely horrify you. With set designs reminiscent of a Hollywood movie set, this place is the real deal.

Winding through the woods of Wallingford, Connecticut, is this chilling attraction. The Trail of Terror's scare staff is made up entirely of volunteers, a group of passionate horror fans that love to make you jump. The frights start while you're waiting in line, when occasionally a maniac toting a chainsaw might disrupt the crowd. From creepy clowns, to gruesome and gory sets, this place is unlike many other haunts in the area. With strobe lights, frightening sounds, and low visibility, guests better come prepared for a disorienting experience. And with the trail being outdoors, it's also important to wear the proper footwear and outerwear. It can get pretty chilly in the crisp October air of Connecticut.

The Darkness is such a big deal that every year it hosts the entire industry of haunted attractions for the annual trade show. Just about everyone thinks this place is the very best as it hosts more haunted house owners than any other. Between the intense special effects, stunt actors flying over your head and top-notch Hollywood set deigns, this place is tough to beat. One feature that makes the Darkness so unique is the Terror Visions in 3D. Thrill seekers, check this place out now.

This is one of the most extensive haunted attractions in the country. Covering 45 acres of space and with 10 different features, visitors get to pick their poison. Headless Horseman offers a hayride, corn maze, and seven different haunted spots like the Lunar Hotel, Glutton's Diner & Slaughterhouse, and Slither's Pet Shop. Not only that, but this haunted attraction employs a year-round crew to develop and design the annual themes.

Housed in the administrative building of an abandoned mental hospital, it doesn't get much realer than this. Pennhurst Asylum was rated the Scariest Haunted Attraction in America by USA Today. The hospital-themed haunt boasts high-tech animatronics, veteran actors, and startling digital sound. Between the Tunnel of Terror and Dungeon of Lost Souls, there is plenty here to freak you right out. The space has also been featured on paranormal investigation shows Ghost Adventures and Ghost Hunters.

So you know how building owners will very deliberately leave out a floor numbered 13 because of, well, bad luck? This haunt likes to embrace that. This Denver attraction is world-famous, ranked among the very best according to USA Today and Fangoria. With new attractions every year, 13th Floor always keeps guests coming back for more. Check out the zombie-infested Undead Abominations or the classic Slasher Remix.

Cutting Edge Haunted House has records and accolades up the wazoo. And it's no surprise that Texas is home to the Guinness World Record-breaking largest walk-through haunted house in the world. With a surplus of scare actors and disorienting spaces that will get your head spinning, Cutting Edge is among the very best. Open rain or shine, get ready to scream.

This is one of the best haunts New England has to offer. And it lives up to its name in truly being a nightmare. Sitting on the banks of the Merrimack River, Nightmare New England is more than just a spookfest featuring a hayride, zombie paintball, and even tarot card readings. The spot has drawn celebrity sports figures as well, such as Brad Marchand of the NHL's Boston Bruins who said "I have never been so afraid in my life."

14. Terror Behind the Walls, Philadelphia, PA

Clearly, Pennsylvania is doing something right when it comes to scaring people. Located in one of the most notorious prisons in the country, Terror Behind the Walls is one of the top haunted attractions out there. Just imagine what it must feel like walking through vacant cell blocks that once held some truly scary people. This is the ideal Halloween spot.

Voted among the best in the state, Fear Overload Scream Park frightens guests year after year. Described on its website as "the most outrageous haunted house event in the Bay Area," this attraction has been featured on CBS, ABC, and Forbes. With attractions in complete darkness (flashlight only) this is one of the more intense experiences you'll have this Halloween. But for the faint of heart, the site offers a warning: "Mature audiences only. If you're easily scared, don't bother showing up."